21 Aug 2011 - 12:09am | AT News
Assamese violinist Sunita Khaund Bhuyan performed for the Shradhanjali ceremony in Mumbai, paying homage to Shri Rajiv Gandhi - the Late ex-Prime Minister of India on his 67th birth... 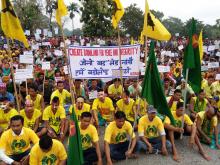 Programme on adolescent and life skills 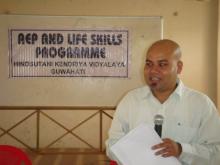 20 Oct 2012 - 1:15am | editor
As a part of adolescent education programme and enhancement of life skills city based Hindustani Kendriya Vidyalaya had organised a day-long programme for its students on Friday at its conference...
Follow @Assam Times