Accompanied by a hundreds of his supporters at a huge procession, Sarma arrived in the DC office in Tezpur where he filed nomination papers before the returning officer.

On the other hand, his counterpart in Dibrugarh Rameswar Teli also filed nomination papers on Thursday.

Polling with take place in both the constituency on April 7. 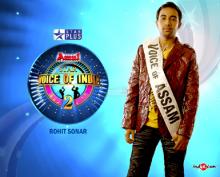 1 Aug 2008 - 1:37am | Nanda Kirati Dewan
After Debojit Saha its now the turn of Sadiya boy Rohit Sonar who is all set to bring accolades to the state. Son of a high teacher and a nurse mother Rohit Sunar hails from Sadiya a small town in...

14 Dec 2015 - 9:48am | Shajid Khan
Local BJP leader Niranjan Singh on Saturday that political squall is blowing in Assam with just four months left for the Assembly polls in the State. Addressing a press conference on Sunday, Singh...