Security forces seem to have intensified counter offensive against NDFB-S in Sonitpur district where the Bodo insurgent outfit has been unleashing terror in the form of extortion, kidnapping and killing.

Sonitpur police on Wednesday claimed to have killed the dreaded NDFB-S militants in the insurgency infested district.

The encounter took place from midnight during a combing operation in the Naomara area where the militants were believed to have died on the spot. The heavy exchange of firing lasted for nearly 5 hours till the mornning.

20 Feb 2017 - 6:36pm | AT Kokrajhar Bureau
The Assam police force is well prepared to thwart any disruptive strike by JMB which is believed to have been trying to make its presence felt in the state. Talking to reporters in Kokrajhar on...

25 Jun 2008 - 11:53pm | editor
HS Arts classes have been started from this academic session at Bokakhat HS School keeping in view the demands of the public. The school has been imparting HS classes in Science.The HS Arts classes... 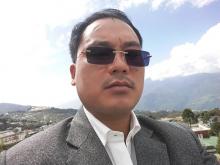 21 May 2019 - 3:22pm | AT News
Itanagar: At least 10 people including an assembly poll candidates from NPP were believed to have died when suspected NSCN(K) rebels exploded a powerful bomb in Tirap district of Arunachal Pradesh on...
Follow @Assam Times