Four people of a same family died in Sivasagar district when they consumed mushroom on Saturday. According to information, the incident took place at Jiamari Palengi gaon in Demow near Rajmai. They fell ill on Thursday last as soon as they consumed mushroom with brinjal, beans and potato with rice. They were rushed to hospital. On Saturday four people of the same family died at the hospital. They were Manik Gogoi, Hunmai Gogoi, Monju Gogoi and Sunmai Gogoi. Two more members of the family are struggling for life at hospital.

In yet another incident of mushroom consumption, seven people are falling ill in Thaoradal near Rajmai in the same district. These people are Satrughna Majhi, Sanma Majhi, Nikumani Majhi, Debo Majhi, Pratima Majhi, Amrit Majhi and Santosh Majhi.

Mushroom Update: One more people who was falling ill after mushroom consumption died at the Assam Medical College Hospital in Dibrugarh on Sunday. With this, the toll has gone upto 7.

Dutta in talks with Sonia Gandhi 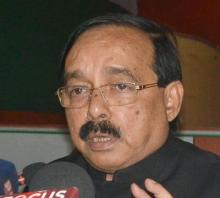 5 Mar 2015 - 9:18am | AT News
Assam Congress president Anjan Dutta is camping in New Delhi with a slew of poll strategies for the next assembly polls.Dutta who arrived in the capital met party president Sonia Gandhi and apprised...

26 Nov 2015 - 7:13am | Shajid Khan
The 547th birth anniversary of Guru Nanak, the founder of Sikhism, was celebrated in Tangla along with the rest of India on Wednesday. Special preparations were made for the day in the local gurdwara...

12 Feb 2017 - 9:56am | AT News
Many AIUDF top leaders from Assam have been camping in UP to join electioneering to help Congress-SP alliance win the ongoing assembly polls.These top leaders include all thirteen party legislators...
Follow @Assam Times