The Indigenous Tribal Sahitya Sabhas of Assam (ITTSSA), a conglomeration of literary bodies of Bodo, Tiwa, Karbi, Rabha, Dmasa, Mising, Garo, Deuri, submitted a memorandum to chief minister Sarbananda Sonowal on various issues related to the indigenous people of the state, including development of tribal languages and protection of Tribal Belts and Blocks.

It demanded that the provision of the clause-10 of the Assam Accord, 1985, in respect of the Tribal Belts and Blocks, should fully be implemented in letter and spirit by way of ‘protecting the tribal people and evicting the encroachers there’, without further delay and “necessary steps be taken to include the chapter-X of Assam Land & Revenue Regulation of 1886 in the Ninth Scheduled of the Constitution of India, it stated.

Demanding complete updating the NRC with further delay, it said no name of foreigners be inducted therein. It also said immigration coming between 1951 and 25 March 1971 may be regarded as Indian citizens if existing laws of the land allows but “no constitutional safeguard should be given to them as per the Assam Accord, 1885..

It also demanded that present 10% and 5% reservation quota enjoyed by the existing Scheduled Tribes(Plains) and Scheduled Tribes(Hills) respectively should be kept intact and should not in any way be hampered by way of clubbing the reservation quota with other communities. “Further the benefit provided under the sixth scheduled of the Constitution of India and other Autonomous Councils of Indigenous Tribals of Assam available for existing ST people should not be extended to other communities seeking for ST status, it said.

It also demanded the Scheduled tribes and other Traditional Forest Dwellers(Recognisation of Forest Rights) Act, 2006 should be implemented n the state in letter and spirit to protect the tribal people dwelling in the forest areas.

It also demands for immediate and full proof measures for the protection against flood and erosion.

3 Jan 2018 - 10:21am | Ranjan K Baruah
GUWAHATI: The Old Boys Association of Sainik School Goalpara (OBA SSG) has taken up the beautification of six mile fly over by managing the traffic island garden at the fly over. Two traffic island... 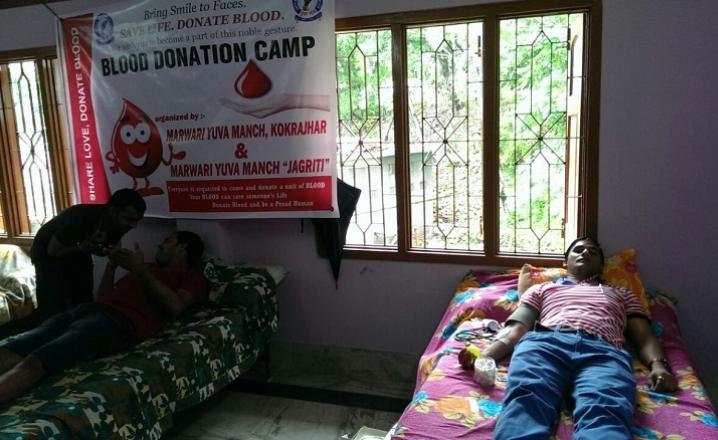