The process to update the National Register of Citizens hits a major roadblock when the Gauhati High Court ordered dismissal of the Gaon Panchayat certificates as link documents.

Various political parties, organizations and individuals have expressed grave concern over the new turn where over 50 lakh residential certificates issues by the gaon panchayat secretaries would not work in the process.

This would further delay in the completion of the process to update the NRC.

The Gauhati High Court on Tuesday rejected these certificates saying that if a panchayat secretary is allowed to issue such certificates the tribunals might reject its merit.

“If the court or a tribunal detects a certificate holder as immigrant who will run the risk,” said the court. The court maintained that these certificate could be used as a shelter for the immigrants to stay in the state.

The Court suggested the NRC authority to create new certificates authority for the married women to prove linkage with their parents.

26 May 2015 - 12:02pm | AT News
Amid blamegame over the SAF games, chief minister Tarun Gogoi dared union sports minister Sarbananda Sonowal to help him hold the international event in Assam.Addressing the anniversary rally in...

13 Jan 2015 - 7:25pm | AT News
North eastern region is well prepared to welcome tourists from the country and abroad in season and out of season. This is what the clear message to the world when Union minister of state for home... 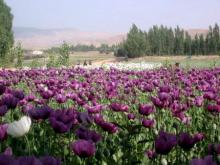 21 Feb 2008 - 10:04pm | editor
Police have destroyed opium cultivation at a plot of 12 bighas in Ganakguri gaoan in Sorbhog and arrested the landlord Gajen Das on Thursday. According to information, acting on a tip off, a police...
Follow @Assam Times