Kohima: A few rebels are believed to have been hurt as they were locked in a heavy exchange of firing in Nagaland on Wednesday.

The incident took place in Tobu area in Mon district where both side had a fierce encounter from Tuesday.  According to sources, the Armed rebels suddenly sprang on a group of Assam Rifles on a patrolling duty in the evening amid stepped up security to ensure a peaceful I-Day celebrations in the state on Wednesday.

The rebel outfit in search of a greater Nagalim has yet to issue any statement.

The para military forces have also not divulged anything in detail.

8 Mar 2017 - 4:13pm | Hemanta Singh
Brisk polling is going on in the second phase of assembly election in Manipur covering 22 constituencies on Wednesday.Amid an elaborate security arrangement and tight vigil,  voters in large... 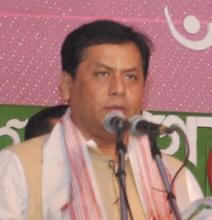 14 May 2017 - 6:51pm | AT News
Beware media fraternity. A reporter or editor might be put behind the bars if their news papers, journals, television channels publish statements of a rebel outfit, photo grsph, video footage or an...

10 Feb 2015 - 10:07am | Prasanta Baruah
Caught in her impending defeat, Kiran Bedi on Tuesday refused to blame it o Narendra Modi.In her twitter in the morning, the BJP’s prime ministerial candidate said that any defeat should be a...
Follow @Assam Times