Guwahati: Senior journalist Pranabjit Doloi has passed away Monday afternoon (around 5.30 pm on 30 December 2019) in a private hospital.

He was suffering from liver related ailments for some time. Started his career in the Sentinel group as a reporter Doloi later worked for satellite news channels including Dy365, Frontier TV, NewsTimeAssam and NewsNetwork. He also earned applauses as a documentary filmmaker.

Doloi (50) left behind wife, only son with other relatives and well-wishers. His last rites will performed tomorrow in North Guwahati and prior to that the city-based media fraternity will pay their last respects to Doloi at Guwahati Press Club by 9.30 am. 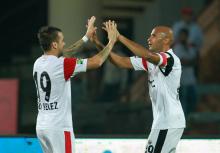 2 Dec 2015 - 9:46pm | AT News
NorthEast United FC beat FC Pune City with 3-2 goals in Guwahati on Wednesday in the Hero Indian Super League match. In a fast-paced clash for a place in the semifinals, NorthEast United did... 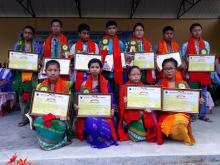 24 Mar 2014 - 10:12pm | AT News
Hantigiri Narzary from KokrajharAfter being denied ticket to contest in the Lok Sabha polls in Kokrajhar, BPF leader SK Bwiswmuthiary is preparing to contest independently.Minutes after the party...
Follow @Assam Times