Manas Konwar, executive president of the Chatramukti Sangram Samity, the students' wing of the KMSS, has been arrested on Thursday by the NIA.

According to some information a sleuth of the National Investigation Agency picked up the Chatramukti Sangram Samity leader.

He has been arrested for his alleged involvement with Maoist, sources revealed.

Earlier, the NIA arrested Akhil Gogoi, leader of the KMSS on similar charges.

Currently, he has been kept behind bars.

Both the KMSS and Chatramukti Sangram Samity have been vehemently protesting against the Citizenship (Amendment)Act, 2019. 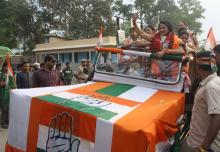 2 Apr 2014 - 11:45am | AT News
Chief minister Tarun Gogoi has urged the people to judge the Congress governments in Delhi and Dispur by the performance during the last ten years.Addressing a poll rally in Silapothar to campaign...

12 May 2017 - 8:59am | AT News
More than 500 people hit the streets in the Bihali area on Thursday in Biswanath Chariali demanding immediate and unconditional release of Parimal Gore who was arrested for sharing a Facebook post... 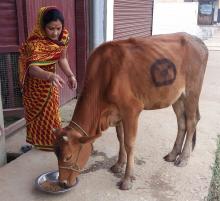