Barpeta district administration is getting ready for 2nd phase of the 50th Lok sabha election which will be held on April 23/09. A total of 12,37,811 voters will cast their votes at the Barpeta Lok Sabha constituency.Among those 6,55,950 are male voters and 5,81,861 are female voters which will covers the areas in Bongaigaon district--Bongaigaon,North Abhayapuri, south Abhayapuri; in Nalbari district -- Dharmapur and in Barpeta district--Barpeta, Sarukshetri, Chenga, Jania, baghbar, Patacharkuchi constituencies said the returning officer and the Dc of Barpeta District Phanidhar kalita in a press meet here at DC's conference hall, Barpeta. The maximum number of voters are in no 43 Barpeta LAC and lowest nos of voters are in no 47 Chenga LAC.in Barpeta constituency there are 1,42,858 voters. To maintain peaceful election environment 23 cells have been formed and three central observer have also been appointed. On the contrary, in six LACs under Barpeta subdivision one magistrate have appointed for per LAC. In Barpeta constituency PK Bhagawati (ADC),in Sarbhog BK Baruah (ADC), in Jania MANAS NATH (SDO, Sadar), in Baghbar PC Deka (ADC),in Sarukshetri Baladev Malakar (CEO, Zilla Parishad, Barpeta),and in Chenga Geetanjali Sarma Bhattacharjya (SDO, Sadar) are appointed. In no six Barpeta Lok sabha constituency there are 1,391 polling centres, among those 13 are hyper sensitive, 97 are high sensitive and 579 are identified as sensitive. 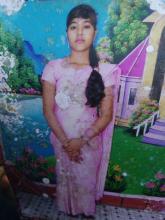 Season of foundation stones in BTAD