Naazrana Choudhury, a fashion designer from Assam has launched a new brand “URONI” The Theme of Tradition” to promote Assamese handloom & textiles at national as well at international level. The apparels by this brand are really very stylish, trendy, comfortable & very reasonable in price. The brand's goal is to produce trendy clothing appealing to the fashion savvy women for all occasions - marriages, cocktail parties, the usual nightlife and day parties and ceremonies. “URONI” is a brand which goes into the North – East regions specially in Assam & in Mumbai, using various fabrics like chiffon, georgette, cotton, & specially the soft , lustrous & luxuries Assam silk & the very rich Muga i.e. The Golden Silk & of course the various North –Eastern handloom & textiles. She had showcased her collections made of Assam silks in Bangkok International Fashion Show, held in the highest tower in this world, captured by the international media.

Hailing from a little village Dadara, near Hajo , Naazrana has developed an interest in designing from my teenage. She had to face lots of problem and rumors when started her study in fashion & showing my interest to do a higher study in fashion .Now days, she has started a short term courses & workshops in fashion & garment construction to the new generation specially the women to be self dependent in their lives. Shortly she is going to have an opportunity to design the trousseau for an upcoming Hindi film star casting with Sunny Deol,Salman Khan & Priyanka Chopra and also I have designed a sari for the queen of melody, none other than the one and only Lata Mangeshkar. 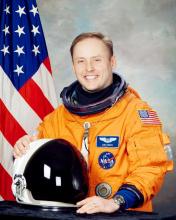 31 Aug 2009 - 6:47am | subhamoy
“Jowai of Asom” and NASA Astronaut Colonel Michael Fincke will receive public felicitation in Guwahati, the capital of Assam, in presence of Assam Chief Minister Tarun Gogoi as... 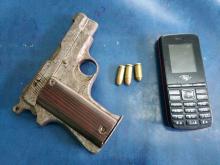 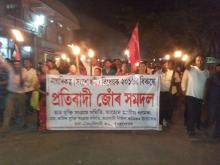 21 May 2018 - 5:18am | AT News
BIJOY BURAGOHAINAMGURI: Hundreds of people took out a torch rally in Amguri on Sunday in protest against the Citizenship (Amendment) Bill, 2016 alleging it a conspiracy to push Assam, it's people,...
Follow @Assam Times