Al-Qaeda leader Osama Bin Laden, in his latest video, has mentioned about Assam and Kashmir with a call to the Muslims to wake up and launch a fight for an Islamic state. Laden has beamed his 15-minute video on Al-Jazeera, a satelite channel on Friday night.

For long it was just speculations and allegations by security forces about possible linkages between the al-Qaeda and the militant groups of the northeastern region. But for the first time, it has been proved 'officially'. Al Qaeda chief Osama Bin Laden in a sensational video released categorically mentioned Assam and asked Muslims in the state to wake up and fight in spiritedly.

This 15-minute video lambasted the US and a section of the western media for distorting facts. He narrated the story of a lamb and a wolf to drive home his point of atrocities committed on Muslims across the world.

Laden's passing reference of Assam assumes significance considering the fact that most of the militant groups, including the ULFA, were believed to have been trained in Pakistan and Afghanistan. A few months ago, about 15 suspected Al Qaeda operatives were arrested in Manipur. l 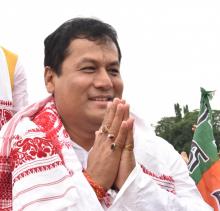 4 Nov 2016 - 11:51am | AT News
Journalists Forum Assam {JFA} expresses its worries over the recent submission of the management of Janasadharan {www.janasadharan.in} about its inability to continue publishing the city based...

23 Aug 2015 - 4:25pm | Hantigiri Narzary
The flood affected people at Joypur Namapara in Kokrajhar staged protest on Sunday alleging gross anomalies in the supply of relief materials at the instance of a circle of middleman.Flood affected...
Follow @Assam Times