A girl sustained bullet injured in yet another shoot out that rocked Guwahati on Tuesday. The incident took place in Rupnagar area at around 1/30 noon. Barasha Talukdar received injury when a mysterious bullet left her injured when she was working in the kitchen. She was rushed to the hospital and her condition is said to be safe. Police officials rushed to the spot and investigation is on. The incident took place hardly 24 hours after the Kumarpara shoot out where a businessman was injured on Monday night.

11 Apr 2009 - 8:56am | editor
Police claimed to have foiled a major blast in Guwahati when they recovered two powerful bombs from Lakhra Chari ali in the city on Saturday morning. Both the bombs were kept in a deserted land of... 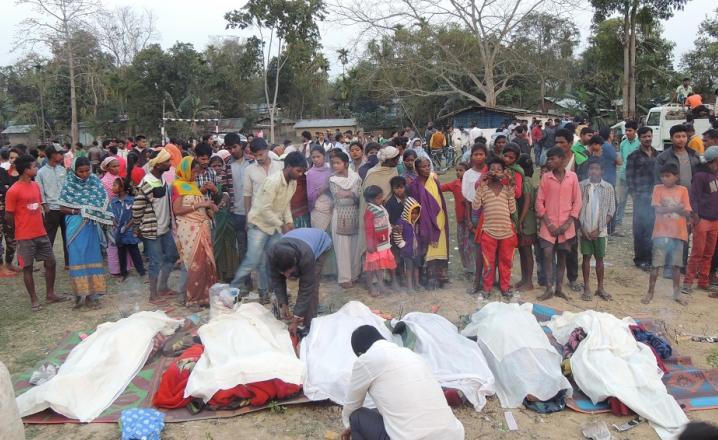 10 Aug 2015 - 3:22pm | AT News
Amid an escalating tension security forces are fanning in in Dhansiri along the Assam-Nagaland border in search of the two local school boys who went missing on Friday.Identified as Saddam Hussain...
Follow @Assam Times