The 13th edition of the Delhi Sustainable Development Summit (DSDS) is going to be held on January 31-February 02, 2013 with discussions among global leaders on resource-efficient growth, climate change and protection of natural resources. The three-day Summit organised by The Energy and Resources Institute’s (TERI) is themed “The Global Challenge of Resource-Efficient Growth and Development”.

Mubina Akhtar, an independent journalist and conservation activist from Assam has been invited to the Summit.

9 Oct 2008 - 3:07pm | editor
The Centre has sent an advisory to the Assam government asking it to take all necessary steps to ensure safety and security for the innocent people in the violence hit Darrang and Udalguri districts... 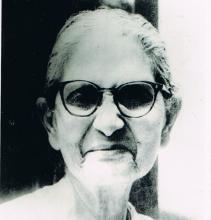 16 Mar 2010 - 11:50pm | pallavibarua
1925. The Nagaon session of the Asam Sahitya Sabha. The then president of the premiere literary body of the state stressed the need for the spread of women’s education. Ironically, a bamboo-net...
Follow @Assam Times