Assam has inaugurated its children film festival Kidfest-08 at solemn function at the Rabindra Bhawan on Tuesday. The event will have 26 selected films to be screened at the state’s altogether 59 cinema halls. Inaugurating the event, Assam cultural minister Gautom Bora said film are not only for entertainment it can go a long way in building a strong nation by the children community and tomorrow’s citizens.

Speaking on the occasion, Indian Kids Film Society chief Nafisha Ali said these fils could toss the minds of the children who are waiting to build their future with lots of promises.

Jointly organised by Assam cultural department and Indian Kilds film society, the event was inaugurated by screening the Mehek Mirza. These films will be screened at the city based halls namely Anuradha, Bandana, Apsara,Meghdoot, Mayurkrishna in the cinema halls. Prominent among the films include Summer with the Ghost, Bandhi Baxar, Gili gili Atta, Tora, Tsunami 81

Speaking to assamtimes, Dhritiman Chayengia said he was deeply impressed with the show and hoped that it could help them shape their bright future. 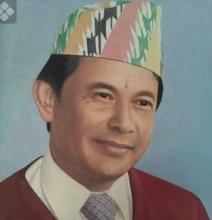 14 Jun 2012 - 6:27pm | editor
Security forces recovered a huge IED in Sonari bordering Nagaland on Thursday. The powerful IED was recovered in the morning at Teokhabi village which was kept beneath the ground at the backyard of...

Protect children from sexual offence! How

3 Dec 2017 - 11:09am | Jenny Thingshung
A Delhi based lawyer and an advocate of child rights, Eliza Rumthao of Ukhrul district, recently launched a comprehensive handbook, “Legal handbook on Protection of Children from Sexual Offenses Act...