Kokrajhar district administration has convened an official meeting on forest protection and stop of timber smuggling situation in the district in the presence of SP Kokrajhar involving forest department officials at DC office conference hall on Monday in Kokrajhar. 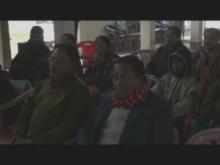 18 Jan 2012 - 12:22am | Anup Arandhara
Like the other parts our state, the Silpi Divas, in memory of Death day of Rupkonwer Jyoti Prasad Agarwalla, also organised at Simoluguri of Sivasagar district on Tuesday. The day long programme...

25 Dec 2017 - 11:50am | AT News
GUWAHATI: A huge public convention in Guwahati is set to intensify an agitation demanding immediate release of Akhil Gogoi whom the police in Golapara arrested after the High Court set aside his...

IIE to offer consultancy to entrepreneurs