He laid the foundation stone of a gate in Dimou Chariali leading to the Bardowa Than.

Further, he laid the foundation stone of Construction work of Raha-Barapujia Road and two bridges of Raha legislative constituency . 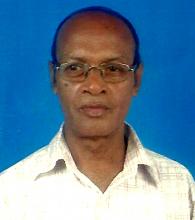 6 Jul 2012 - 2:26am | Paresh Baishya
Sri Keshab Ch. Kalita, an assistant teacher of Modartola High School has been chosen for Best Teacher Award, 2012 for his excellence in the field of school mathematics education, instituted by...

18 Aug 2015 - 10:09pm | AT News
The Assam government and GMDA have felt the heat of Louis Berger bribery allegations when the Gauhati High Court asked both the parties to submit affidavits by the next 21 days.Taking up a public...