Five-day long Bodoland International Accuracy Paragliding Championship  will be held from Sunday at Dangdupur Hill, Kokrajhar. 130 participants from ten different countries  are going to participate in the event which will showcase attractive paragliding events.

The event is being organised by tourism department of Bodoland Territorial Council administration.

BTC chief Hagrama Mohilary ceremonially will flagged off the championship on Monday at the Dangdupur Hill.

Deputy chief of BTC and in-charge of Forest & Tourism, Kampa Borgoyary told that  Kokrajhar is ready for the championship. He said that there is a good potential of tourism sector in the region and thus BTC tourism department was working for the attracting tourists to the region. 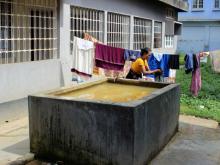 26 Oct 2015 - 6:07am | Abhinav Verma
Arunachal Pradesh Governor JP Rajkhowa visited the remote border post of Bumla in Tawang District .Going by the goodwill traditions, he placed a stone on the ‘Heap of Stones’ as a gesture towards...
Follow @Assam Times