No change in poll schedule

12 Mar 2014 - 4:38pm | AT News
The Election Commission has refused to make any change in the poll schedule in Assam.The confirmation came from full fledged commission meeting held in Guwahati on Wednesday.Addressing a press... 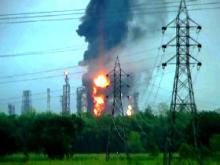 31 May 2013 - 10:56pm | Ritupallab Saikia
Numaligarh Refinery , situated at a distance of 250 KM from Guwahati and 25 KM from Golaghat, was engulfed in a devastating fire broke out at the Crude Distillation Unit (CDU) and Vacuum Distillation...

15 Jun 2010 - 1:36pm | tpsaikia
Showcasing of Improved Agricultural technologies, a noble concept pioneered by the Assam Agricultural University has already started in Nagaon district with free distribution of seeds of “...