Rock outfits of the country, especially the Northeast, have long had to grapple with the lack of opportunities – be it a platform to showcase their abilities or a medium through which they can reach out to the populace. Practitioners of the genre would say this is nothing new but given the immense pool of talent here, it is indeed sad that nothing much has changed over the past couple of decades. Despite the dreary scenario, however, the enthusiasm and efforts of a few people still manage to bring a smile to one’s face, proving that when it comes to rock the spirit is all that is required, is all that it matters.

Meet Sanjib Kalita – a rock enthusiast who has combined his love for music and his expertise over the World Wide Web to create www.indianmusicmug.com – one of the most sought after music portals of the country, and even abroad. Witnessing hits from people in various parts of the world who all want a slice of the music scene of the region, the IndianMusicMug blog is a perfect example of how determination can move the greatest of obstacles.

Sanjib, a final year graduation student in a city college, says that the desire to provide his friends and fellow musicians with a platform to reach out to people was the sole objective behind starting his blog. As he says, “Given the lack of shows on television and space in the print media, I decided to start the web portal to promote the local talents by publishing their band profiles and reviewing their albums and singles. Since the web is not limited to any country or area, bands have been able to reach out to people all across the globe.”

The web portal has recently released an audio compilation, Metal Hangover 0.1, which has a number of Northeastern bands sharing space with other Indian and international outfits. The compilation was prepared with the basic objective of promoting the regional bands throughout the globe, says Sanjib.

The going, however, has not been easy for Sanjib who lacked the resources to launch and maintain a website. “Though I had nurtured the idea of launching a website for a long time I was not able to proceed because I didn’t have much technical expertise in the subject. I finally gathered enough money to register the domain name and include some appealing designs with a new server very soon.”

The young music promoter also feels that the overall rock scene in the region needs to undergo a major makeover if it has to win the favour of musicians, youth and guardians alike. “A number of gigs are organized in pubs these days but many youngsters and their parents are hesitant because of the use of alcohol and other narcotic substances there. As such, I feel that more gigs and concerts should be organized in open spaces, parks and other recreation areas.” 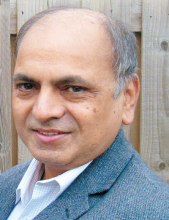 26 Jun 2017 - 11:44pm | AT Kokrajhar Bureau
Renowned literary critic Prof. Ganesh N. Devy of Maharaja Sayajirao University of Baroda has been named for the Upendra Nath Brahma Soldier of Humanity Award-2017.  The award has been...

16 Sep 2012 - 2:36am | editor
Defying the countrywide resistance, Assam Chief Minister Tarun Gogoi on Saturday welcomed the 51 per cent FDI in multi-brand retail. Talking to reporters in Delhi on Saturday he said that those...