Suspected KPLT militants kidnapped Assam Chief Conservator of Forest Abhijit Rabha with a range officer on Saturday in Karbi Anglong district. The militants have demanded a ransom of Rs 1 crore for their safe release.

According to information, Rabha was leading a delegation of 60 members to the Singhasan Hills to conduct a forest department survey on February 27. Some of them returned on February 29.

The incident took place when the remaining 30 members were returning on Saturday after they were stopped by six armed KPLT militants at Borlag.

The two officers were abducted while the rest to leave, the SP added. The militants later sent a message demanding a ransom of Rs one crore for the release of the two officers.

3 Mar 2017 - 8:53pm | AT News
A group of dreaded ULFA-I rebels is believed have been hiding in the city of Guwahati forcing police to remain alert these days. According to confidential inputs, these rebels who have managed to... 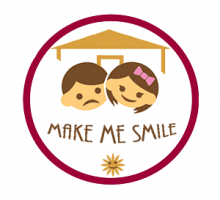 Programme for children in need

4 May 2016 - 6:58am | Daniel Thomas
A group of media students has teamed up with two leading non-governmental organizations working for street children in Guwahati in an effort “to create awareness, bring smiles and hope in the lives...

13 Aug 2007 - 10:58am | editor
Guwahati : Punjab Police today caught a ULFA leader Hemanta Roy from Jalandhar town on Monday. This was informed by the Assam Police. Roy is believed to be a senior member of the ULFA’s 709...