Consultation on ending violence against children

Forty six children from 11 different states with 20 chaperons are participating in the two-day consultation.

Explaining the rationale behind the Consultation, Dr. Chiranjeeb Kakoty, Director, North East Society for the Promotion of Youth & Masses, said, “This Consultation has been organized with the express intention of listening to children, to hear their voices and to focus on steps to stop Corporal Punishment. Even though the RTE Act discourages corporal punishment, it is still quite prevalent in our country. The Government of India (MWCD) Report on Child Abuse has found that 2 out of three children still face physical punishment. We are trying to address this issue”.

Addressing the gathering, the Chief Guest, Dr. Mavely said, “Don Bosco, our founder, started Don Bosco Society on the very same ideals – to give shelter to youngsters and provide them with an ambience of safety, security, love and nurture. It is just befitting that the University plays host to this event”.

Also speaking at the inaugural session was Ms. Serena Tomasino, Specialist in Corporal Punishment Issues, UNICEF, Delhi. In her short speech she invited the participants to share their experiences saying, “We want to hear your voices, your opinions – we want you to share with us what makes you happy and what makes you feel safe”.

This Consultation is expected to strengthen the capacity of NACG-EVAC India to understand and address Corporal Punishment better at the local and national levels so that they can take collective actions together with other Civil Society Organizations and Government of India. 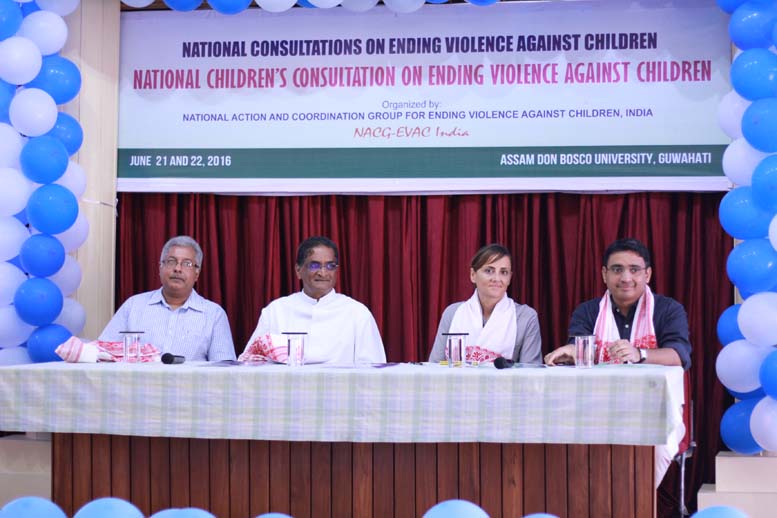 6 Aug 2016 - 9:17pm | AT News
The Kokrajhar District Committee, All Bodo Students Union condemned the mass killing at Balajan Tinali weekly market about 10 km per way from Kokrajhar Town oFriday by some terrorist where at least...

Jagun toll goes up to 3

23 Jan 2017 - 3:56pm | AT News
One more Assam Rifles jawan succumed to injuries in Sunday’s rebel attack in Tinsukia district. He was declared dead on Sunday night 12 hours after he was rushed to the hospital. Two others died a...

18 Feb 2015 - 10:10am | AT News
A huge area in Golaghat district bordering Nagaland mires in tension when a section of people from the neighbouring state tried abortive attempt to build their houses beyond their territory.  ...
Follow @Assam Times