As part of Gandhi Jayanti  celebrations, the *Santak Army Camp* under the aegis of *Dao Division* organised a  voluntary blood donation camp on Wednesday.

The camp was organised with the support of the *Local members of the village council and VDPs* , to save the life of people suffering from Thalassemia disease.

It is noted that the blood donation camp was in series of the various community events being conducted by the Army as part of Operation Sadbhavana.

Till now a total of 70 units of blood had been provided to the government hospitals.The blood donation camp was aimed at providing medical aid to civilians suffering from various blood related diseases like  Thalassemia, Amyloidosis, Anemia, Hemophilia and Leukemia.

The camp witnessed an active participation from youths, elderly men and women from the Bihubore Gram Panchayat of the Charaideo district of Assam. Thorough medical check ups, check ups of various ailments, distribution of medicines, free of costs, to the economically challenged was also conducted at the camp.

Three medical specialists from Army including an Army doctor and two specialists along with Nursing staff from civil administration were present to ensure the smooth conduct of the event.The Army personnel and the locals volunteered to donate blood during the camp. 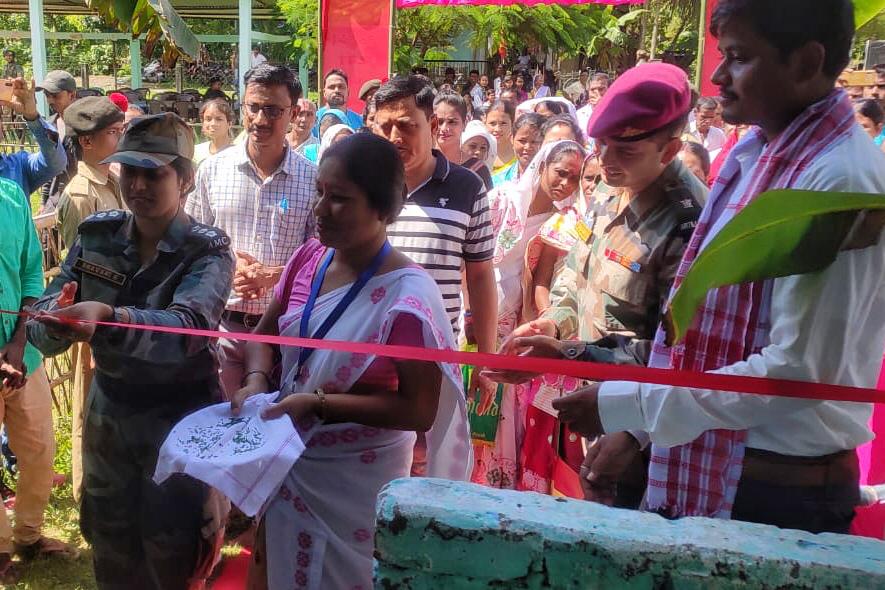 7 Oct 2008 - 3:17pm | editor
The All Assam Students Union and All Bodo Students Union has accused the Gogoi government for its failure to ensure the identity of the indigenous people of Assam.Addressing a press conference at the...
Follow @Assam Times