NEW DELHI:In an effort to quell any law and order problem ahead of the publication of final draft National Register of Citizens (NRC) the state government on Wednesday has sought more central paramilitary forces from the Home Ministry. “We have sought for more central paramilitary forces. And we were assured by the centre that all possible help will be provided to the state to maintain law and order situation. We are going ahead with the publication of the NRC according to the Supreme Court instructions,” Director General of Police Kuladhar Saikia said mediapersons after attending the meeting at North Block. He said that the issue of providing security to the NRC coordinator in Assam Prateek Hajela and his family has also been discussed in the security review meeting in the Home Ministry. The meeting was chaired by Home Secretary Rajiv Gauba. Senior officials of the Home Ministry including Register General of India Sailesh, Joint Secretary (NE) Satyendra Garg, IB chief Rajiv Jain were present. Dispur side was represented by Chief Secretary T Y Das, ADG SB Pallab Bhattacharya, additional chief secretary Alok Kumar and Kuladhar Saikia among others.“We will take all possible steps to maintain law and order situation of the state. We have given instructions to the OCs of all police stations across the state to take strong actions against those trying to violate peace. Special instructions have also been issued to monitor social networking sites,” Saikia said. According to the sources, Dispur has asked for more than 50 companies of central paramilitary forces to maintain law and order situation of the state. On Monday last Supreme Court has set July 30 as deadline for publication of the final draft NRC. 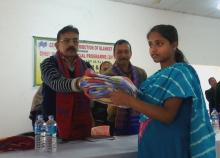 27 Jan 2016 - 4:04pm | Hantigiri Narzary
A total of 12,179 blankets were distributed among beneficiaries of Kokrajhar east  at a programme held at Basic Training Centre in Kokrajhar today.  Former minister and Kokrajhar east MLA...

7 Mar 2017 - 7:27pm | AT Kokrajhar Bureau
Teachers’ community in BTAD region  expresses their fear of exit from employment and most of the colleges have to closed some departments due to the new Assam Education Bill 2017, introduced in... 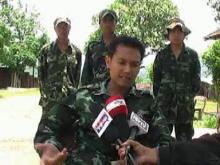