Diganta Dutta from the Anjali Borbora Memorial Acedemy in Golaghat  tops the higher secondary arts examination this year, the results of which has been announced on Friday.

Diganta is followed by Tulika Gogoi from Amguri College in Sivasagar district while the third position has gone to Jahnobi Borah from the Ramanujan Junior College in Nagaon while Barnali Saikai from the Birjhora Kanya College in Bongaigaon has secured the fourth position. 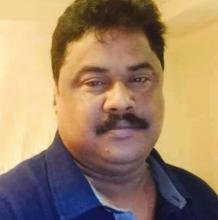 5 Jan 2020 - 2:06pm | AT News
Pro-talks ULFA leader Jiten Dutta, who played a role in spearheading anti-Citizenship Amendment Act protest in the state, was released from judicial custody on Sunday. Dutta was arrested on...