Japanese Encephalitis continues to wreak havoc forcing the authorities to step up measures to contain the situation.

Within a short period of two months, the killer virus has claimed 31 lives in the state. These are apart from over 250 others who have been undergoing treatment in 22 districts.

Sources told Assam Times that the worst hit district is Barpeta where over 40 people have tested positive after 5 people lost their lives.

Next to Barpeta is Darrang district where the killer virus has claimed four people apart from 16 other positive cases.

Kamrup (rural) district has confirmed 31 cases apart from the death of 4 people. Kamrup (metro) has recorded 30 cases of infection with no casualty as of now.

Sivasagar district has confirmed three deaths in this disease while Nalbari has declared found four deaths apart from 14 confirmed cases. 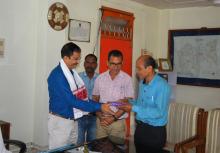 25 Oct 2017 - 12:30pm | AT Staff Reporter
Dilip Kumar Das has joined as the new deputy commissioner of Udalguri district.He took charge from outgoing Udalguri DC Sadhana Hojai on October 24 at 4 pm.He had been working as the Joint ...

28 Apr 2015 - 6:29pm | Hantigiri Narzary
Noted teacher and vice principal of Kokrajhar Govt HS & MP School Samal Narzary passed away on Monday at a private nursing home in Guwahati after a heart stroke.Narzary had a arrest of cardiac on... 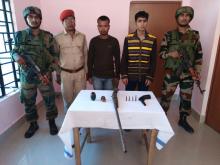 3 Nov 2016 - 5:50pm | AT Kokrajhar Bureau
Two cadres of Kamatapur Liberation Organization (KLO) were apprehended in a joint operation launched by police and army today morning at Nepalpara and Debargaon area under Serfanguri PS in Kokrajhar...