Police arrested an Army jawan for allegedly trying to molest a teenaged girl inside the Dibrugarh-Delhi Rajdhani Express on Tuesday.

The incident took place in between Lumding and Chaparmukh stations where the 17-year old who was girl travelling with her uncle in a three-tier AC compartment raised an alarm at 4 AM after the army jawan man was making the alleged attempt.

The Railway Protection Force (RPF) immediately caught the accused sent him to the Railway Police in Guwahati Railway Station. The accused was identified as Kulvinder Singh from the Military Engineering Service and was posted in the Army's Amingaon camp.

20 Apr 2009 - 12:34pm | editor
Bodo Peoples Forum for Peace and Rights has suddenly declared their support BJP candidate Ramen Deka in 8 Mangaldai HPC. The support would be significant as Bodo Peace Forum had been known as the... 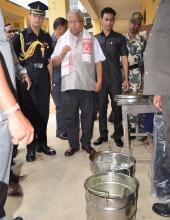 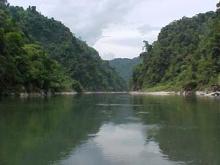 14 Dec 2014 - 1:36pm | AT News
Despite repeated suggestions to halt the mega dam work by north east dam experts, NHPC and the Centre have categorically allayed the fear of downstream disaster of the controversial dam at Gerukamukh...