Journalists’ Forum Assam (JFA) has expressed serious concern at the recent threats to cartoonist Champak Barbara, who is engaged with The Assam Tribune group of newspapers, by a miscreant. It is understood that the troublemaker called Barbara recently with abusive languages to threaten him of dire consequences. Barbara has already lodged a complaint with the Chandmari police station in this regard, but the police are yet to get any breakthrough till date.

“In any situation, threats to a working journalist are not acceptable for us. As the journalists are law abiding citizens and they have to raise voices against various anti-social elements, they always deserve adequate sense of security from the authority and the society as a whole,” said a statement issued by JFA president Rupam Barua and secretary Nava Thakuria.

The JFA has urged the State police chief Khagen Sarma to take initiative to nab the culprit such that the journalists can perform their duties without any fear and trepidation. 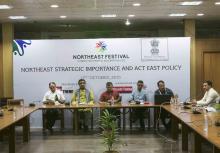 18 Oct 2015 - 7:46am | AT New Delhi
A North East Festival in New Delhi is pulling no less crowd after it opened in the capital on Friday. Organized by an Assam-based NGO, the on going event at IGNCA is being attended by a number BJP... 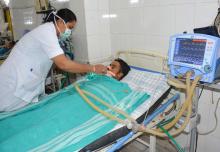