Media not for malicious use

The most respected and appreciated growth of the print media in Assam and particularly in Guwahati, for more than a decade seems to have taken a destructive path giving birth to a trend of malice among the communities they belong. It is now being used for personal grudge among the so called high profile people in the society.

Since most of the media houses are controlled by major business houses, it has been noticed that they have themselves become news for last few months through their own acts and publication. Recently, it has been noticed that a few vernacular news papers defying all the ethics of journalism, have started mudslinging on their rivals for quite some time. Knowing it very well that their publication goes to the hands of thousands of readers in the state as well as other parts of the country, they have started to leave no stone unturned to malign the image of their rivals. Doing so they forget what harm they are doing to their own profession and community by making their publication as their ‘mouthpiece’. It is not fair at all to use the media in such ‘dirty game’ of rivalry. It is against all social norms and does not get approval by any civil society.

The business community having business interests in different fields like industries, marketing and various public services, there is always possibility of committing some ‘mistakes’ intentionally or inadvertently. Those are not to be brought on social platform for the sake of teaching lesson to someone’s enemy. Any personal dispute could be settled bilaterally or legally through a court of law, if the matter is so serious and not likely to be solved amicably. But the respectable profession of journalism should not be dragged in such mudslinging games.

The readers of newspapers are not interested to know what wrong has been done by someone to gain or lose by the others’ acts, but when the issues are raised at social platform, it harms the interest of all concerned and even the readers do not like this practice to continue. The owners of newspapers have been permitted by the Registrar of Newspapers for India to provide genuine news of public interest and not for tarnishing the image of others. It is necessary for the media houses to bring purity of profession in this field and stop making their publication as their mouthpiece. It is time to think over the issues and mend their way of action in the interest of professional ethics meant for media. 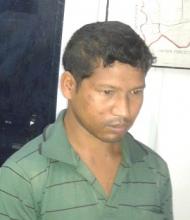 4 Dec 2014 - 7:23am | AT News
The Centre has convened a crucial meeting of the north east MPs on December 19. Convened by Union Minister of State for Development of North Eastern Region Dr Jitendra Singh in New Delhi, the meeting...

10 Jul 2007 - 4:44am | editor
Guwahati: It is increasingly becoming difficult for an insurgency-hit Oil India Limited (OIL) to run a steady production which is why the supply of gas to some companies are getting...
Follow @Assam Times