AJYCP will stage dharna on November 3 and 4 demanding measures to curb the Jehadi tentacles apart from Centr’s intervention  on China’s plan to dam over the Brahmaputra.

The student body leaders told Assam Times that they would stage dharna at the Jantar mantar in the capital on November against the Jehadi terror demanding action to curb the militants.

The next day they would stage dharna in front of the Chinese embassy asking Beijing to refrain from the building any dam over the Brahmaputra to divert the river water. 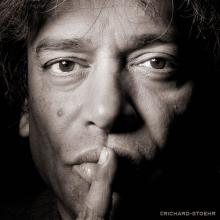 26 Jun 2009 - 2:37pm | Aiyushman Dutta
The Indian terms ‘Jai Ho’ and ‘Slumdog’ recently generated a lot of discussion worldwide after they lost out to web 2.0, the latest buzzword in the IT industry, to make it as...

28 Sep 2013 - 10:01am | AT News
A split seems to have emerged in AKRSU just before the attack on it president Biswajit Roy on Friday.A section of AKRSU belonging to the rival faction is believed to have attacked Roy A youths...

Koch-Rajbongshi organizations up in arms against self-styled leader