Over speeding results in Teok mishap

Jorhat police begins probe into the road mishap that left 70 people in Teok when a passenger bus met with a mishap on Monday. Preliminary investigation suggests it a case of over speeding which was why the driver lost his control over the over loaded bus on its way from Barpeta to Tinsukia.

Seventy workers were injured when an over-crowded bus carrying them fell into a ditch on the NH-37. Ten of them are battling for life at the Jorhat Medical College Hospital. According to police, all the passengers were labourers and they were transported for some construction work in Tinsukia. 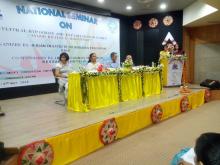 9 May 2016 - 2:31pm | Padmaja Choudhury
A national seminar on “cultural hypocrisy and exploitation of women: ‘Is God really a misogynist’ and righteous sampling ‘sampling size calculation’: foundation of nursing research organized by Asian... 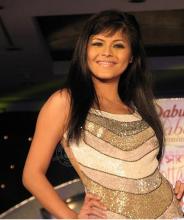 31 Jul 2009 - 12:23pm | Aiyushman Dutta
A young Asomiya girl recently made the entire State proud by making a mark in a prestigious national- level model hunt. Yes, I am talking about Shyashree Saikia of Jorhat who proved the better of...