Ration issue to raise in Parliament

The withdrawal of subsidized foodgrains for tea garden is set to reach Parliament in a day or two. Courtesy CPI-M.

Talking to reporters in Guwahati on Saturday, CPI(M) politburo member Sitaram Yechury said that the government will reverse the scheme only to safegaurd the interest of the owners.

He said, "Subsidised foods is a part of wage agreement between workers and owners. It was a tripartite pact between workers, owners and government. If it so happens, a huge burden is imposed on workers.”

7 May 2014 - 9:21am | AT News
Over 50 school goers managed to escape tragic death in Guwahati when a bus carrying the students caught fire on Wednesday.The incident took place at Nineth Mile area in Guwahati where a city bus... 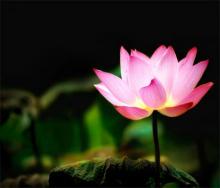 17 Oct 2015 - 10:00pm | AT News
The Kamrup(rural) police have arrested three more people on Saturday two days after the along with four others gangraped a woman in Rangiya on Thursday. The trio were arrested after the victim’s...