Now Dispur writes to Delhi to restore ration to the tea gardens.   In a letter to Prime Minister Narendra Modi, Chief Minister Tarun Gogoi urged the Centre to reconsider the move.

Gogoi told the Prime Minister that the move would brew law and order trouble in the teagarden areas a couple of days after Assembly Speaker Pranab Kumar Gogoi said it on the floor in the winter session.

According to the chief minister, the scheme has been benefitting over 20 lakh tea workers where the Governments provides APL rice and atta to the tea industry at subsidized rate. The management of the gardens, in turn, provide the same to the workers at the rate of 50 to 55 paisa per kilogram. 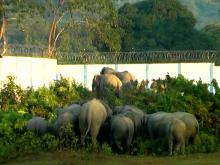 Green awardee trampling on the green

18 Sep 2015 - 9:59pm | Mubina Akhtar
At the prestigious India Today PSU Awards 2014, the Numaligarh Refinery Limited (NRL) was awarded the ‘Most Eco-Friendly Public Sector Unit (PSU) in the Miniratna category. It was stated that the...

29 Apr 2013 - 7:45pm | AT News
A hardcore ULFA militant surrendered before the superintendent of police in Jorhat district on Monday.Identified as Jagat Bhuyan alias Madan, he surrendered before Sanjukta Parashar with a M-20 rifle...

20 Jul 2014 - 8:40am | AT News
Both anti and pro Tarun Gogoi leaders are camping in New Delhi to end the dissidence within the Congress Legislature party. Senior minister Dr Himanta Biswa Sarma, who has been sprear heading...