The death toll in the five incidents of attacks in Sonitpur district has crossed 50 with the recovery of more bodies on Tuesday. The dreaded serial attacks were reported simultaneously from 6 to 7 in the evening.

According to information, at least 40 people, all Adivasi people, were killed in Sonitpur district alone. Most of these bodies were recovered from the Paboi reserve forest areas till 9 in the evening. In Batashipur also, NDFB-S killed not less than 5 people forcing security forces to intensify operation along the Assam-Arunachal Pradesh border.

Security forces are intensifying a full scale crackdown against the militants along the Indo-Bhutan border after the militants killed 4 Adivasi villgers in Ultpani in Kokrajhar district.

22 Feb 2011 - 7:20pm | Raktim Baruah
Suspected anti-talks faction of ULFA tried to abduct a local congress leader as well as a president of a gram panchayat of Makum locality of Tinsukia district on February 21 around 7-30pm. According... 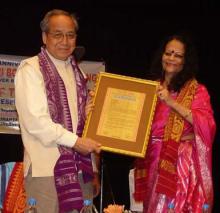