No patch up between Cong, BPF

Assam Congress has ruled out further patch up with BPF. But the ruling party will forge alliance with other secular parties if need be. This was what party president Anjan Dutta told reporter in Guwahati on Monday.

According to Dutta, many BPF leaders have expressed willingness to join Congress before the BTC polls

Nagaon geaars up for Assembly poll 2011

13 Mar 2011 - 4:33pm | DigantaTalukdar
Deputy commissioner of Nagaon Dr. M.Angamuthu and the Superintendent of Police Surendra Kumar briefed the media about the preparation and security arrangements to conduct the forthcoming Assamebly... 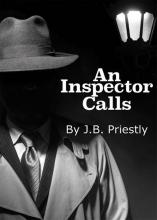 ‘An Inspector Calls’ to be staged on Nov 27

17 Nov 2019 - 9:57am | Prantik Deka
After a long gap, the Assam chapter of Indian People's Theatre Association (IPTA) will present a new Assamese play in the form of ‘An Inspector Calls’ on November 27, 2019, at the Kumar Bhaskar Natya...

12 Feb 2014 - 3:42pm | Subhamoy Bhattacharjee
With the aim of spreading awareness on the plight of Asian elephants and the need for their conservation, International Fund for Animal Welfare -Wildlife Trust of India (IFAW-WTI) in collaboration...