Finally Chief minister Tarun Gogoi pulls up his sleeves to reshuffle his cabinet. Gogoi is likely to drop a few of his colleagues to pave the way for a circle of new colleagues. The entire picture would be clear on Monday when the cabinet meeting will take place in Dispur.

According Assam Times Political Research Bureau, the list is ready. Party high command has already given Gogoi its green signal.

Gogoi himself is prepared to axe even his close associates for poor performance in the Lok Sabha polls.

25 Jan 2016 - 6:51pm | Hantigiri Narzary
All kinds of preparations including security deployments have so far completed by this evening to celebrate the 67th Republic Day of India on Tuesday in the district. The district administration,... 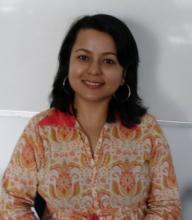 23 Aug 2009 - 9:28am | Nanda Kirati Dewan
Pinky Pradhan of Jatia, Kahilipara, Guwahati has been awarded the prestigious Atlas Service Corps. Fellowship for the year 2009-2010. She will be based in Washington DC , USA and will serve...