Congress and AIUDF are inching closer to each other a year ahead of the assembly polls. Both the parties have agreed to forge the pact only after the polls early next year.

Congress poll strategists are confident of retaining atleast 40 seats while AIUDF is expected to get no less than 20 seats which would help the ruling party retain power in Dispur.

“It is our strategy. But we have not reached any formal pact with AIUDF. But we pin hope on their support,” said a senior Congress leader from Assam who refused to be named.

“BPF is unlikely to support Congress. But we would keep all options. It would depend on the post poll scenario,” said the Congress leader in Delhi.

The ruling party is sure of the impeding anti-incumbency factor this time. According to the party leader, “BJP is unlikely to get absolute majority if the prevailing political landscape remains intact. The single largest party would be the Congress. It wouldn’t be difficult for us to approach AIUDF for support.”

On the other hand, chief minister Tarun Gogoi starts reviewing the developmental initiatives to approach the people before the polls. He has suggested Assam Pradesh Congress Committee a slew of measures to woo the voters.

Gogoi hopes that the recent budgetary announcement would help the party regain the voters’ confidence. “When the self help groups would get financial assistance, when the small tea growers are set to get respite, when the women and children would be able to avail of the government sponsored opportunities why the voters would not support the ruling party.”

The ruling party further has been trying to capitalize the simmering discontent within BJP following Dr Himanta Biswa Sarma’s move to join the party. If this disappointing note refuses to die down, BJP would have to pay heavy price in the polls. The ruling party would extract the mileage. 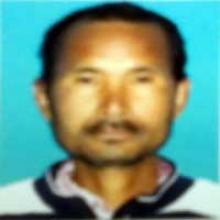 27 Apr 2014 - 7:43pm | Hantigiri Narzary
BPF party has alleged that district administration has not taken any step to arrests involved culprits with house vandalized at Balapara part I and II under Tulsibil police outpost in Kokrajhar on...

9 Feb 2014 - 5:22pm | AT News
The All India United Democratic Front is probing into the allegations of helping Congress and BPF candidates in the recent Rajya Sabha polls.Senior AIUDF leaders told Assam Times that the party...