The school established on March 22, 1988 has since become a center of education for people in the area. Findings of the team did not turn out to be as alarming as the reports published in three print editions of the city later appeared to be. The reports saddened the school administration and the students alike.

According to the reports published the team that visited the school ordered it be shut down on grounds for defying Supreme Court and other standard norms.

What irked the students and the school administration to no end was the allegation in the reports that the school has been established adjacent a wine shop without permission from the government.

Sister Shelma Kuriakose, Principal Little Flower School speaking to Assam Times about the alleged shut down order by the District Administration said, “We imparted education since 1988 under the SEBA curricula and since 2012 we are affiliated to the Central Board of Secondary Education under affiliation number 230085. I am really very shocked by the reports that appeared in G-plus, The Sentinel and the Dainik Asomiya Pratidin.”

Rubbishing the reports an excited Saurav Baishya, a student of Class X exploded saying, “G-plus being a new tabloid on the block has nonetheless resorted to arm chair reporting in the bargain defaming our school and tarnishing our image. And for the matter even The Sentinel and Dainik Asomiya Pratidin too has given in to such a tactic. Where for heaven’s sake is there a wine shop here around the school, in the area. These editions urgently need to send their reporters to our school and verify facts and stop publishing inaccurate reports.”

Who informed them that the school authority has been asked to submit all legal documents related to the school and close it down? Can’t they see we are still attending classes, he queried.

Rakesh Barman, prominent entrepreneur and proprietor of Integrity Tower situated adjacent Little Flower School reacting to a query about a wine shop in the vicinity laughed it off saying, "When was there ever a wine shop in this area, that too in an area with a considerable Muslim population? Who passed off these reports as news?"

Fakharuddin Ahmed, Additional Deputy Commissioner, Kamrup Metropolitan who was present during the inspection along with the School Inspector, the District Transport Officer and his subordinates said that Little Flower School was in fact the first amongst the schools in the capital to submit all necessary documents even before they were asked for. Speaking to the electronic media just after the inspection he stated that apart from minor matters like a distant toilet that needs to be relocated and the girls’ toilet that calls for more cleaning, inadequate fire extinguishers considering the size of the school and only one old bus on the run, all else were fine.

Nur-ul Islam whose son Naveed Islam is in Class IX said that had the team found any serious irregularities, the district administration would have immediately disclosed it to the media then itself.

And as far as closure of the school is concerned, the Kamrup Metro district administration cannot play up with the lives of the students even if some norms have been flayed according to newspaper reports. The administration can slap a show cause notice and perhaps impose a fee of sorts for the violation of norms if at all and order for compliance with immediate effect but not closure considering RTE and the targets of the Millennium Development Goals 2015, Islam opined.

Students of the school and their guardians meantime have resorted to an online petition against G-plus, The Sentinel and the Dainik Asomiya Pratidin in this regard refuting their reports. The petition demands that the editions tender an apology and verify the facts immediately. The petition is being mobilized by Afreed Islam, an alumnus of Little Flower School.

26 Jul 2007 - 11:57am | editor
New Delhi : Internet is emerging as the most viable alternative for online jobs and matrimony. More than 25 million users are likely to register themselves for online job search and matrimonial... 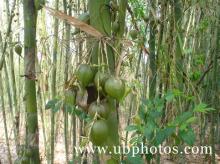