Two students from Assam Don Bosco University (ADBU) have brought no less pride for the state when they presented their research proposals at Bangkok University Center of Research in Optoelectronics, Communications and Control Systems (BU-CROCCS) in Thailand recently. They are none other than Daisy Sarma and Siddharth Thokchom. The duo who are working on a nanotechnology project now are at BU-CROCCS on a 3 month student exchange programme.

Thokchom, the another ADBU M.Tech (Opto Electronics) final year student is working on nanoparticles coated fiber optic sensor for detention of environmental contaminants and volatile organic compounds under the guidance of Dr Waleed S. Mohammed. The three month internship will end in December.

The center utilises the concept of shared facility and expertise within the unit and between affiliates. The center is also intended to serve as an academic and technology hub for a regional, and possibly global, network between different research institutions and industrial firms working in the fields of interest.

Locally, one of the main goals is to attract Bangkok University’s young faculty members and students to get involved in an international research environment. Such engagement will help enhancing their professional career, and creates additional driving forces for the on-going research work at the university. Towards achieving this goal, the center provides for technical and academic short courses and workshops for public and free of charge for Bangkok University members.

30 May 2012 - 3:48am | editor
Within a brief spell of one month the killer spiders have reached Guwahati. One person has been injured when two venomous spiders attacked him on Monday night. The incident of spider attack took... 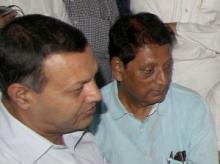 Unity is strength: Rush to Kokrajhar 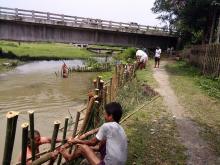 17 Aug 2017 - 9:47am | AT Kokrajhar Bureau
Local residents in the greater Katribari village in Dotma are busy these days with a slew of works to chevk erosion by the river Katribari in Kokrajhar district. Erosion has been posing s serious...
Follow @Assam Times