The weeklong event, Olympia Fine Arts International Exhibition and Symposium (OFAIES) 2016, will see 47 master artists performing live in the Kalakshetra and Silpagram premises in the first of its kind Exhibition and live paintings to be hosted by India.

Announcing the event, Narayan Konwar, IAS, Secretary of the Kalakshetra Society has opined that, “the hoisting of the event will be a boon for the established and aspiring artists of the region besides providing an enriching experience to the younger generation. The event will also help to promote Srimanta Sankardeva Kalakshetra as a forum for promotion of art and culture at the international level.”

The only India representative Prof. Utpal Baruah of the  IIT-G and Beijing Olympic gold medalist  has said that the event is an epoch making chapter in the annals of our State as along with the attention that it will carry internationally, it will also see the election of its new functionaries in Guwahati.

Art connoisseurs of the region may also has a reason to rejoice as an auction of the masterpieces is also being slated to take place and the sale proceeds will add to the coffers of the Srimanta Sankardeva Kalakshetra, Guwahati. Walls of the art gallery of the Kalakshetra will adore the selected works of the master artists during the event and art lovers can also satisfy their appetite by enjoying live strokes of brushes with colors. 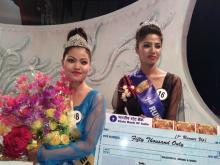