Sensation arisen in Kokrajhar after a jail inmate found dead inside jail on his bed wee hour on Wednesday in district jail in Kokrajhar district.

The Jail official said that the inmate died on heart attack around 1.25 am in his sleep inside jail.

Champramary was under trial person in Kokrajhar district jail. He suddenly expired while in sleep inside jail. Doctor of the jail hospital declared him dead by 1.25 am wee hours.

District administration official rushed the jail to take stock about incident and started inquiry into incident. Body of Rajesh recovered in the presence of magistrate and sent for postmortem. Inquiry is on into incident, said Manica Terongpi, Kokrajhar magistrate.

PK Bharali, jailore Kokrajhar district jail told that he was found dead on his bed wee hours. Medical treatment provided for him, but couldn't safe him.

‘We got information of a jail inmate in serious condition and immediately rush a pharmacist but he was already dead by the time’, Bharali added.

28 Oct 2016 - 9:56pm | Shajid Khan
In an effort to help the students with exam preparation tips and ideas Arunodoi Jr College one of the leading junior college of the town organised a orientation programme for the HS students at its...

30 Sep 2015 - 9:12pm | AT News
After a brief silence, terror starts spreading its diabolic tentacles in Tinsukia district when suspected ULFA men targeted a police station on Wednesday.  The sensational incident took place at... 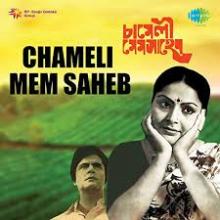