Union Minister of State for Road Transport & Highways PonRadhakrishnan here on Saturday announced that based on demand of the Manipur government for sanction of work under Central Road Fund (CRF), additional Rs 25 crore will be considered in addition to available ceiling of Rs 26 crore during 2017-18.

During a press briefing, Radhakrishnan also said two laning of Tamenglong-Kongsang road for 40 km costing Rs 500 crore will be sanctioned in two months.

He said that for Imphal-Moreh road, bidding process for one package will start within one month, that is, August next.

As requested by the state government, the minister assured to sanction for repair of four bridges along Imphal-Mao, NH-102 which were not part of the estimate.

He also raised issues with the state government for immediate start of work on Imphal-Mao section of NH-102 so that condition of the highway is improved.

Radhakrishnan urged the Manipur government to expedite LA for Imphal-Moreh highway. He also urged the state government to put load restriction up to 24 ton only on the existing Barak and Makru bridges on Imphal-Jiribam, National Highway 37 and to maintain a constant vigil on it.

The minister said construction of new Barak and Makru bridges at the cost of rs 141.14 crore by NHIDCL is likely to be completed by March 2020. 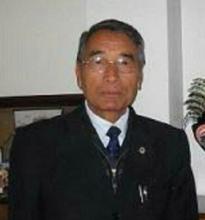 20 Feb 2017 - 3:58pm | AT News
The paralyzing political turmoil is nearing an end after a crucial meeting of Naga Peopls’ Front legislators unanimously elected Shurhozelie Lieztietsu the right person to replace TR Zeliang as...

9 Mar 2013 - 8:38am | AT News
A section of parliamentary secretaries are set to bear the brunt of dissidence. Assam Chief Minister Tarun Gogoi is in a mood to reshuffle his cabinet to rein in the brigades.   Gogoi is...