India’s high economic growth rate has not led to reduction in hunger and malnutrition. But the subject of food security is complex and multi-dimensional. Hence, I would restrict my analysis to the way Solidaridad addresses the issue of food security in India. Our interventions have been primarily in different agricultural commodity supply chains where we support around a million smallholders and farm workers from 4000 villages in twelve Indian states.

The farmers and farm workers in rural India are the most food-insecure people. For long, food security for them was primarily a ‘poverty’, or ‘access’ problem. They don’t own land to grow enough food, and they don’t earn money to buy nutritional food. As a result, they are forced to buy food that is nutritionally poor and lacks nutritional diversity or sufficient calories to sustain life. It is particularly a big health issue for children under five because it causes stunting.

But increasingly the food ‘availability’ is becoming a greater challenge in the country which could potentially risk the whole food system. According to a recent survey by Mumbai University, the Indian middle class hasgrown to 600 million people and is increasing. It is no wonder India figures out as one the fastest growing food, feed and fibre markets of the world. The demand for biofuels is also setting in.  Therefore, farmers in India have a great future as providers of food, feed, fibre and fuel to address the growing demands. But to do that, farmers have to double their yields in the next twenty years and manage these competing claims on their land.

Nonetheless, such a proposition doesn’t seem to be easy. India's cereal yield (2,961.6 kg per ha) is drastically lower than that of developed regions such asNorth America (6,671 kg per ha), East Asia and the Pacific (5,184 kg per ha) or that of world average (3,851.3 kg per ha). Further, the yield per hectare of food grains has stagnated in India since the 1980s. The agricultural land size has reduced from around 3 ha in the 1970s to 1.16 ha in 2011. Such small size doesnot allow the use of modern agricultural technologies which could augment productivity.

Climate change is causing either excess rains or droughts, leading to crop loss. Soil now needs more fertilisers to maintain soil fertility and crops require more chemicals to neutralise new pest infestations. To add to that, about 54 percent of India faces high to extremely high water stress. The per capita total actual renewable water resources for India is 1545 m3/inhabitant/yr which is much less compared to even the Asian average of water-stressed countries. In addition to that, farmers face the perennial problems of access to credits, post-harvest losses and access to markets. It is no wonder that due to these factors we are losing more than 2,000 farmers, every single day since 1991. The overall number of farmers has dropped by 15 million in the last 20 years. The new generation does not want to become farmers and take up farming anymore.

Therefore, the situation is quite straightforward for us. We would need, out of the box solutions, to continue to be self-sufficient in food production. The following interventions would be critical for addressing India’s future food availability:

a. Train rural unemployed youths to collectivise smallholder lands and apply modern technologies: The next generation of Indian farmers doesn’t want to enter into farming any more. Small size, primitive technologies and low returns have made farming unattractive for them. Therefore, there are plenty of such smallholder land that could be grouped together by rural youths for efficient farming. Farming is one of mankind’s oldest endeavours, and digital technology is one of its newest. A fascinating challenge will be to bring them together, displaying just how much good can come from the collaboration of both. The focus should be to reduce the number of farm labour needed per hectare through increased use of technology. It would lead to better quality of agricultural employment and much higher farm income. The Corporate Social Responsibility law of India should be suitably amended to encourage businesses to increase investment in this area.

b. Put a significant monetary value on water for irrigation: We would need to incentivise for filtering waste water and its reuse in agriculture through drips. This recycled water should be made available for free for the first one decade which could be achieved by channelling the current subsidies that keep fresh water and electricity free. In the meanwhile, Government should consider putting a value for fresh water used in agriculture, like in Israel. It has, even more, value than electricity and fertilisers and yet we refuse to put any taxes on it. Once, water won’t be available for free, it would automatically usher in the dream of our honourable Prime Minister about “More crop per drop”.

c. Reclaim degraded lands and avoid further degradation: India has got only 2.4 percent of the global land area that supports 18 percent of world population. In spite of such precarious situation, we have 146.8 million hectares of degraded land, and it is increasing. Out of this, around 100 million hectares could be reclaimed for agriculture. Such reclamation would be critical for our future food security and investments towards it should attract tax concessions. The government could consolidate such degraded land and invite private sector investments for reclaiming these lands to produce strategic food crop with a 50-year lease.

d. Promote Indian private sector investment outside the country: The Indian Government must plan to gradually push out water thirsty crops from water-stressed states of India. Tax incentives for imports and country specific diplomatic support should be provided to Indian companies to invest in agriculture in tropical countries which receives adequate rainfall. It will create rural employments in countries like Africa and allow a smaller but more efficient farmer base in India to produce more strategic crops for Indian citizens without depleting the ground water.

Many of us now realise that an unsustainable way of life threatens our food security, our planet and our businesses. Hence, we should have one agenda, one challenge: we have to produce more with less and ensure that it is done in a way that sustains people and the environment. Optimising land and water use is the first and most crucial step towards a solution. Increased production must meet growing demand, but with fewer negative consequences for people and the environment. The change we seek is a market process driven by the private sector. However, civil society organisations and governments play an essential role in enabling and encouraging change. 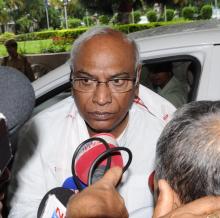 24 Jun 2014 - 12:06pm | AT News
AICC leader Mallikarjun Kharge took stock of the voice of growing resentment within the party ministers and MLAs in Guwahati on Monday. Kharge, who is on a stock taking visit to Guwahati asked the...

26 Dec 2012 - 10:38pm | Mowsam Hazarika
The members of the community organization, The Wings to Creation (TWC) has organized an Interaction Programme at “Amar Ghor”, an old age home, situated at Patharquarry, Guwahati on December 26. The...

U-17 Women football from Nov 9

7 Nov 2016 - 9:18pm | Shajid Khan
An inter district U-17  womens' football tournament is going to be held at Tangla HS fiekd from November 9. The tournament has been organized under the aegis of  Tangla Sports Association...