We have been living in this Nikori gaon since many decades. Every year we face flood like conditions as our village is surrounded geographically by the three rivers system of Brahmaputra, Gelabil and Dhansiri. But this time severe flood situation in our village made the people helpless. We lost our properties including shelter, grain bank and other necessary stuff. In our village 18 households were completely washed away by the flood waves. Till now we are living in a temporary shelter in poor condition. Managing daily food is becoming tough for us. Not only this, the health condition of people deteriorated at large in the community. Pahi Pathori, a woman of 67 years of village Nikori under Disoi Gaon Panchayat of Bokakhat developmental block of Golaghat district, Assam. Her life is an utmost example including many who are devastated by the flood disaster in Assam.

The massive waves of deluge in the year 2017 occurred out in Assam of North-Eastern region created havoc in the plains of Brahmaputra & Barak valley which had caused untold miseries to the people living in the downstream. The inundation wiped out many people’s land, lives, and livelihood living in the riverine areas and rendered numerous people as homeless and displaced. The heavy downpour destroyed crops, damaged property and worsened infrastructure of people to a worse extent.

North-East Affected Area Development Society (NEADS), a Jorhat based grassroot development organization working across the river basin regions of Upper Assam has been responding to this current humanitarian crises situation in the districts including Jorhat, Majuli, Golaghat and Karimganj in a range of support. The organisation has been serving widely the worse flood hit people with instant relief aid and intervening with long term rehabilitation plans to re-establish normalcy in the community.

NEADS is extending humanitarian services in the deluge ravaged Karimganj district of Barak valley by providing immediate relief aid of Hygiene kit, NFI & Shelter kit support to address the emergency need of the people. In partnership with Oxfam India, a global disaster responding agency, NEADS has been working in 16 villages of North-Karimganj & South Karimganj block, targeting 5200 families of a number of largely water marooned villages in the district which border to Bangladesh.

The Majuli island district was also heavily devastated due to both the flood situation in June as well as August. To provide sort of emergency assistance, NEADS as rapid relief distributed food and nutrition packets (including baby food), hygiene kit to 800 nos. of families of Lower Majuli area. At present public health promotional activities like drinking water chlorination, post flood hygiene campaign, women and children health awareness in the villages are being undertaken to reduce the morbidity of the affected people. The programme is being supported by German based Terre Des Homes (TDH).

In Golaghat district, the organisation is starting emergency response programme to the flood sufferers with a range of support including Food, Water, Sanitation and Hygiene (WASH) and restoration of livelihood partnering with Humanitarian Aid International, an Indian humanitarian organisation with back support from HCL Foundation. This restoration and rehabilitation activities will cover up support to 800 families of ravaged Bokakhat block including repair & maintenance of damaged handpumps, rehabilitation of drinking water source, post flood agriculture support, non-farm livelihood support to small & marginal farmers including the erosion hit internally displaced people.

In the district of Jorhat, NEADS is working on Community Based Disaster Risk Reduction initiative targeting 25 villages of Jhanjimukh area under Kaliapani block.  NEADS is aiming to promote a culture of prevention, preparedness and resilience in the community through enhancing traditional coping strategy, building knowledge, innovation and education on disaster risk reduction. NEADS is promoting Village Disaster Management Committees, Emergency Task Force Team of Search & Rescue, First Aid, WASH, Early Warning, Camp Management and WASH Committees and this is a process we want to thrust upon for institutionalizing the flood affected communities into flood mitigating institutions at the grassroot level. We are also initiating flood resistant WATSAN structures, Public Health Promotion, organizing emergency mock drill, child centred disaster preparedness, mainstreaming DRR into village development planning and works to improve food security and support livelihood of target communities in by providing capacity development training for building resilience in maintaining productive assets even when disrupted by disasters since many years back.

“There is plan to extend further support for recovery & rehabilitation of the worst affected people in aspects of WASH, Livelihood, Shelters and Education to restore normalcy in their life. NEADS will continue to work in partnership with various humanitarian organisations like Charities Aid Foundation India and SEEDS India to implement such projects in the river basin regions of Golaghat district.” - Tirtha Prasad Saikia, Joint Director of NEADS stated.

“Our emergency response team has been engaging in the field actions since the devastation started back in June. NEADS volunteers are assisting the ravaged communities from rescue and in relief. Our core plan is not just to respond with relief aid but the main target will be basically to work on early recovery and rehabilitation with further long term development initiative incorporating disaster preparedness and mitigation plan to achieve capacity of peoples resilience against flooding.” Tirtha further added. 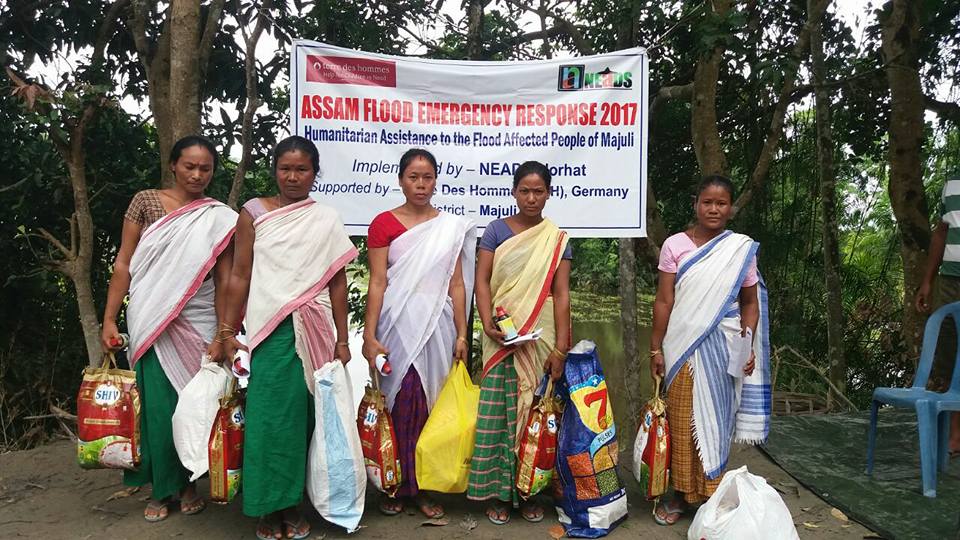 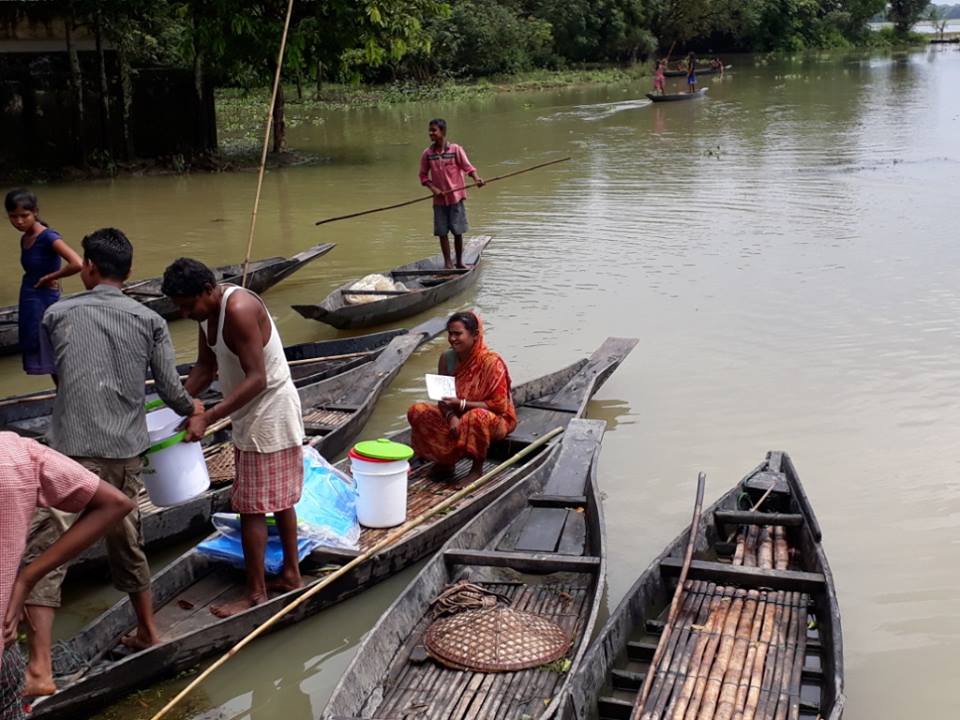 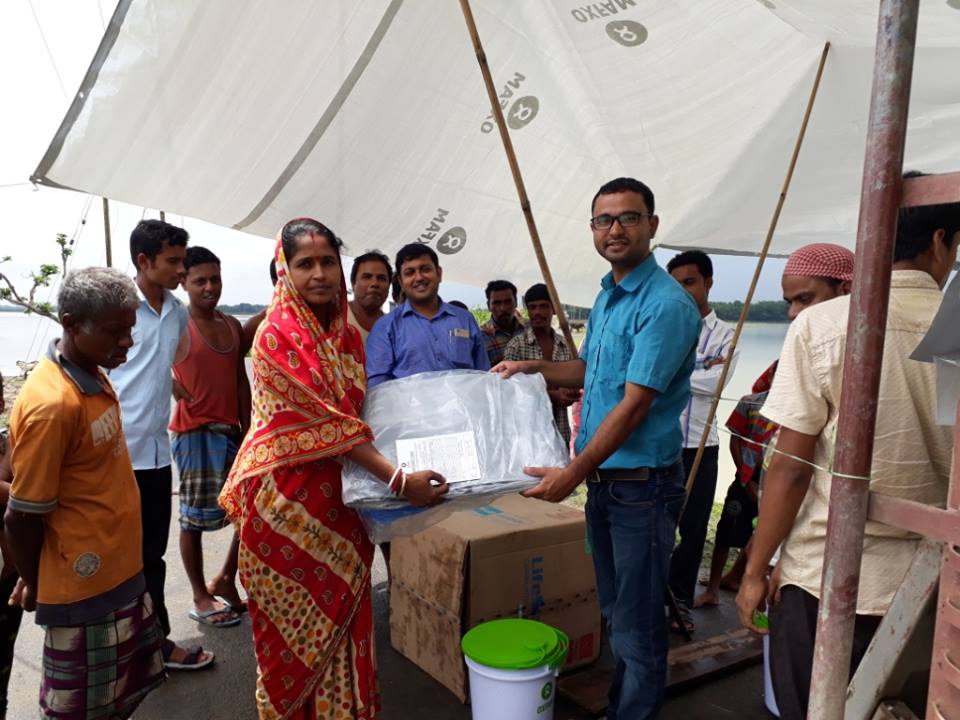 Relief support to the flood affected community in Karimganj 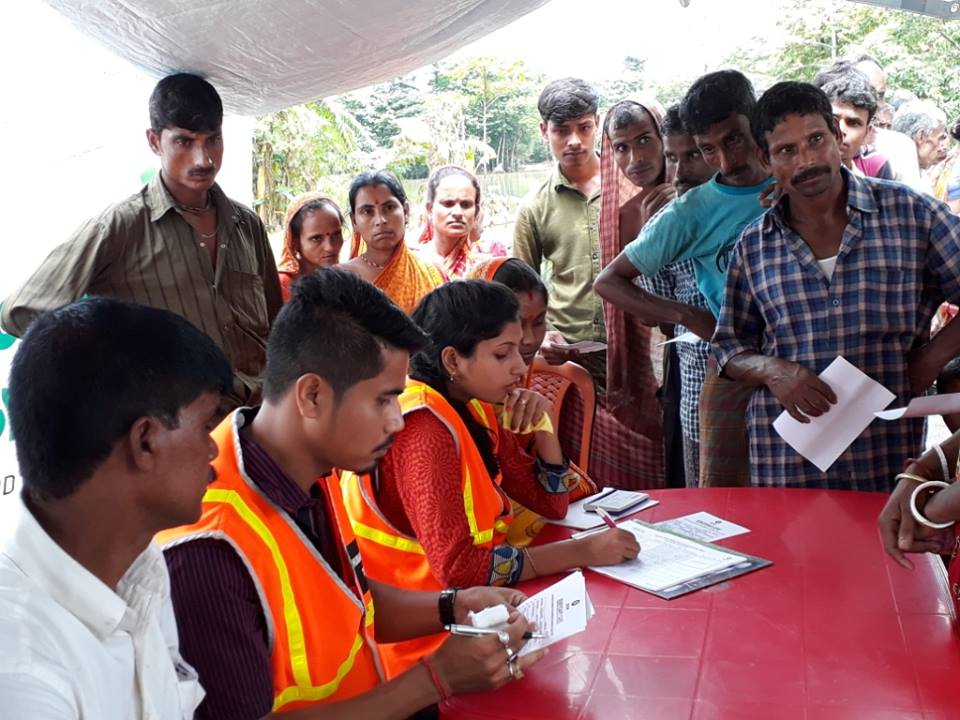 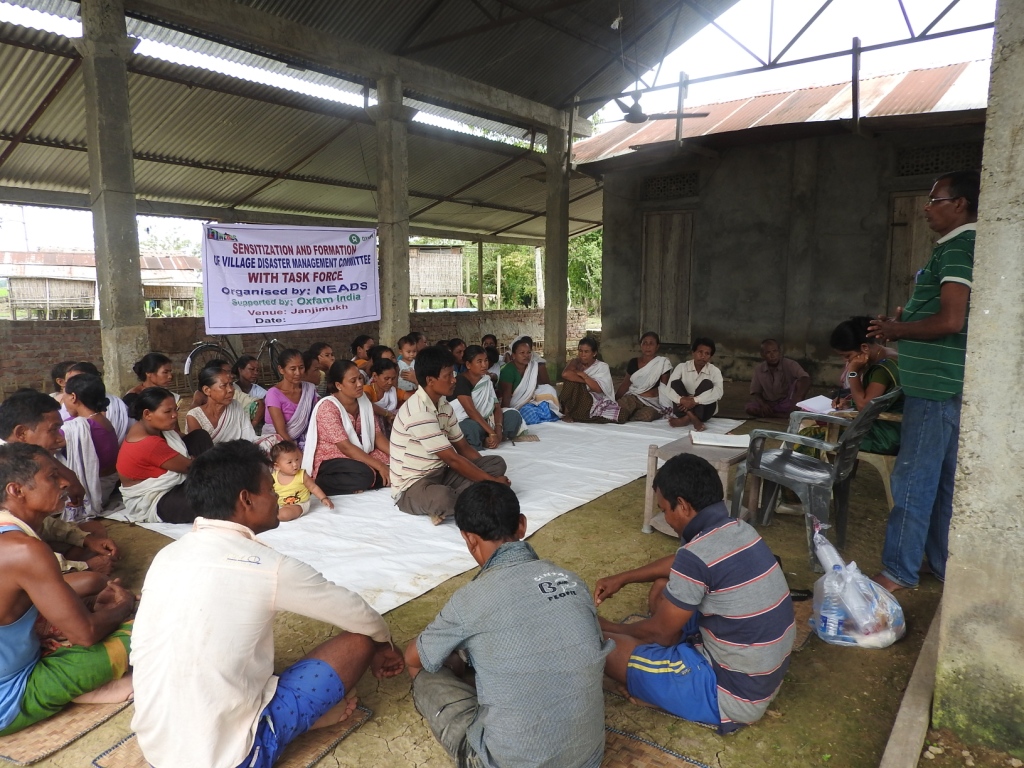 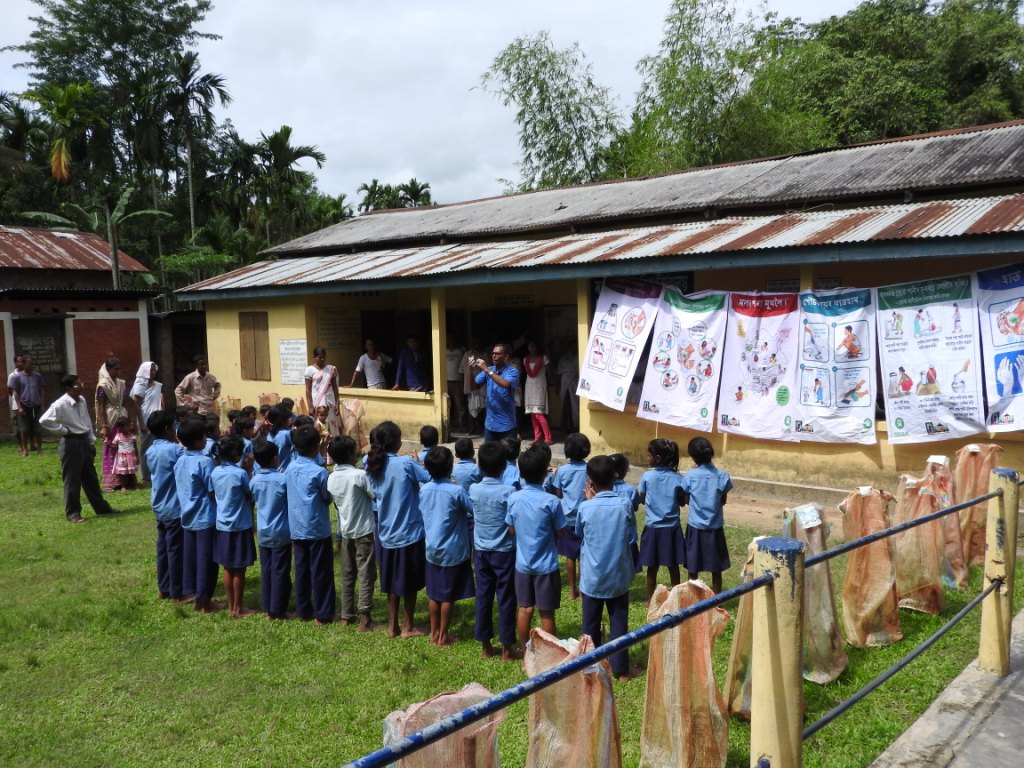 17 May 2010 - 12:54am | Hemanta Nath
The Army in association with the Dishru Cultural Club and Maibang Sports Association observes ‘Anti- Terrorist Day’ at Maibang in Dima Hasao district, Assam on May 16. In this...