AISF threatens to close down all unrecognised private schools in Manipur

The All India Students Federation (AISF) on Sunday threatened that all unrecognised schools currently running in Manipur will soon be closed down.

“The federation is all-prepared to shut down all such schools across the state,” AISF state secretary Khundrakpam Rameshwor announced during a press meet at the federation office here.

The left-wing student union leader also noted that four attached-private schools have been found functioning without proper infrastructure in Imphal East and Imphal West and drew the attention of the state government in initiating action against these institutes.

Rameshwor warned of going over the state-run schools allowing attachment to such unrecognised institutes in the state.

He said the state has increasingly seen an emerging trend of mushrooming of private schools as students opt for private schools for better education as the government-run schools provide poor quality education.

In July last, Manipur Assembly passed two bills to regulate establishment and management of private schools and coaching in the state.

Thane police to get Haflong constable in remand

3 Apr 2018 - 11:33am | AT News
GUWAHATI: The Maharashtra police is preparing to bring Bhubneswar after their cunterparts in Assam arrested the police constable in Haflong in connection with the infamous call data record scam....

4 May 2018 - 3:22pm | AT News
GUWAHATI: The much-hyped scheme to roll out red carpet to a section of private player to maintain Kaziranga along with three Ahom era monuments triggers no less protest across the state leaving the... 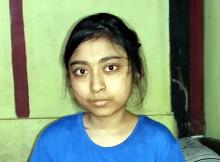 Neha Das is an inspiration for youths

29 May 2019 - 11:55am | Nikhil Mundra
"If You have a Burning Desire to Do Something then no obstacles can halt you back", Hojai's Neha Das has proved this proverb right.  Neha Das a Student of Bibekananda Junior College in Hojai...