GUWAHATI: A suspected illegal Bangladeshi settler sprung no less surprise in the Gauhati High Court as he claimed to have found his name in the NRC draft forcing the court to ask for response from the government and NRC authorities.

He is none other than Ali Ahmed from Lahorighat in Nagaon, whom the foreigners’ tribunal identified as illegal infiltrator on November 22, 2011. Later, the Gauhati High Court upheld the tribunal’s order.

But of late, Ali has moved the high court with an appeal to quash its earlier order claiming that he has found his name in the NRC draft.

Then the court has issued directives to Assam Government and NRC authorities to clear their positions.

One dead in road mishap at Gelakey 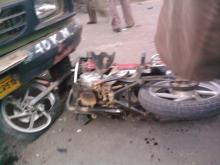 No difference between BJP & AIUDF 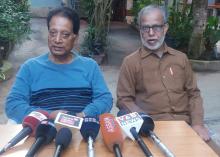 30 Aug 2017 - 9:50pm | AT Kokrajhar Bureau
In a rare example of kindness, the Students from Sangkhardev Sishu Vidhyaniketan in, Kokrajhar handed a cheque of Rs.10,000 over the BTC chief’s relief fund at a brief programme held at the Bodoland...
Follow @Assam Times