Guwahati: Survival International, a global tribal rights’ protection platform, will be available for interaction with member-journalists of Guwahati Press Club on 30 November 2018. Sophie Grig of the influential nonprofit organization will answer various media queries through the video conferencing from London in the Friday program starting at 3 pm.

Founded in 1969, Survival International campaigns for the rights of indigenous tribal people across the globe. Its campaigns generally focus on tribal peoples' desires to keep their ancestral lands. The active non-government organization calls these peoples some of the most vulnerable on Earth and aims to eradicate what it calls misconceptions used to justify violations of human rights. 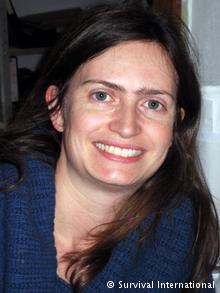 Days back, the organization criticized the foresters of Kaziranga National Park for adopting rude approach towards the tribal families at the fringe localities in the name of wildlife conservation.

Survival even blamed BBC’s Natural History Unit for attempting to retreat from a BBC News report that vindicated the locals’ concerns. GPC member-journalists are requested to participate in the program.

26 Sep 2015 - 9:33pm | AT News
An uneasy situation prevails in Dhubri and Cachar districts after an irate mob clashed with police near  temple forcing the administration to clamp curfew on Saturday.  The epicenter is...

20 Jun 2015 - 3:32pm | AT News
In yet another attack on media, suspected NDBF(S) militants shot a journalist in their captivity in Udalguri district sending shock and anger across the state.The incident took place on Saturday wee...

14 Apr 2011 - 1:47am | editor
Thirteen activists of two underground organizations of Assam have formally laid down arms to Manipur Chief Minister O. Ibobi Singh at the Mantripukhri head-quarters of IGAR (South) on...