Namrup:  BVFCL Model HS School has stolen the march in the HS examination which was declared on Saturdayt with cent per cent success drawing huge applause from all fronts. In  the second  batch of the school appeared in the science and arts streams conducted by the Assam Higher Secondary  Education   Council where the pass percentage is 100%.

13 Oct 2017 - 7:51am | AT Kokrajhar Bureau
A girls friendly Kabaddi match was organised on Wednesday at Chandrapara ground in Kokrajhar district in connection with the celebration of ‘International Day of the Girl Child’ marked huge... 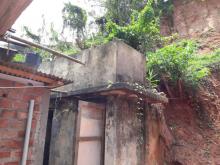 17 Jun 2017 - 7:15pm | AT News
Rainwaters in Guwahati have been receding where some low lying areas would take a few days more to be cleared of the stagnant waters. But the Guwahati denizens are yet to get out of the blues where a...