10 teams from the state and West Bengal are participating in the competition.

Where is Gopi Das? 3 held

20 Sep 2015 - 8:40am | AT News
The Hatigaon police have arrested three youths and charged them with keeping Gopinath Das at an undisclosed location who is wanted in connection with a rape case. Picked up from their residence at... 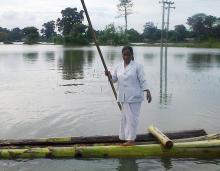 5 Sep 2015 - 8:15am | Bg Gogoi
Both Congress and BJP leadership in New Delhi have drawn flak in Assam for downplaying the flood fury in the state. Various parties and organizations have categorically alleged that neither Congress...