Guwahati: City based Journalist fraternity on Thursday appealed to the Assam government for launching a scheme to support the bereaved families of working journalists of the state who died on duty.

Appreciating the government for initiating the pension scheme for journalists, the fraternity also urged to consider extending such benefits to the spouse of journalists who dies before attaining the age of 60.

Attending a memorial meeting of journalist Naresh Mitra at Guwahati Press Club, various speakers deliberated on the need for immediate financial support to his family. The media fraternity has also appealed to all for individual contribution for the benefit of the deceased journalist’s family.

State Information Commissioner of Manipur Information Commission, Oinam Sunil (a former Bureau Chief of The Times of India and a colleague of Naresh Mitra) has already donated Rs. 2.5 lakh to the family of Mitra. The amount in the form of a bank fixed deposit was officially handed over to Mitra’s wife Biva Sarkar (Mitra) in the meeting today.

Meanwhile, the media fraternity of Guwahati, who are interested in donating any amount to the family of Naresh are requested to deposit the amount either to the bank account number of Biva Sarkar (Mitra) wife of Naresh (Account Holder Name Biva Sarkar, A/C No 3194937302, IFSC Code: CBIN0283229, Central Bank of India, Bhangagarh Branch, Guwahati) or to the Guwahati Press Club (Santosh Mahato, Cont: 7002700486) within next seven days.

Various other organizations are also welcomed to contribute towards the bereaved family.

Court to tackle menace of ccorruption

8 May 2012 - 12:43pm | Raktim Baruah
At last judiciary comes as a sole saviour of common people to save from the pang of corruption. Now onwards a special court will hear corruption cases of government officials as well as public... 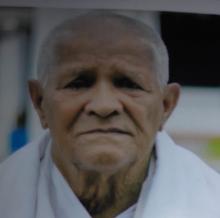 11 Jun 2018 - 9:50pm | Akshaya Pranab Kalita
Namrup:  A pioneer of the Assam Movement and founder of Assam Yuba Chatra  Parishad Namrup Regional Committee, Nagen Bora breathed his last at his own residence here in Namrup on Sunday due...